We are again witnessing that time of the year when Apple’s announcement for new release of iOS version sends exciting ripples in the iPhone market. This time, as revealed at its annual Worldwide Developers Conference (WWDC), there will be surprisingly new set of features in iOS 13, which is likely to amaze both iOS users and developers.

Based on what we learned, iOS app development industry is going to be disrupted and innovated by various advanced features that also change the overall user experience.

We are going to understand these new compelling features of iOS 13 and its impact on the future of iOS app development. 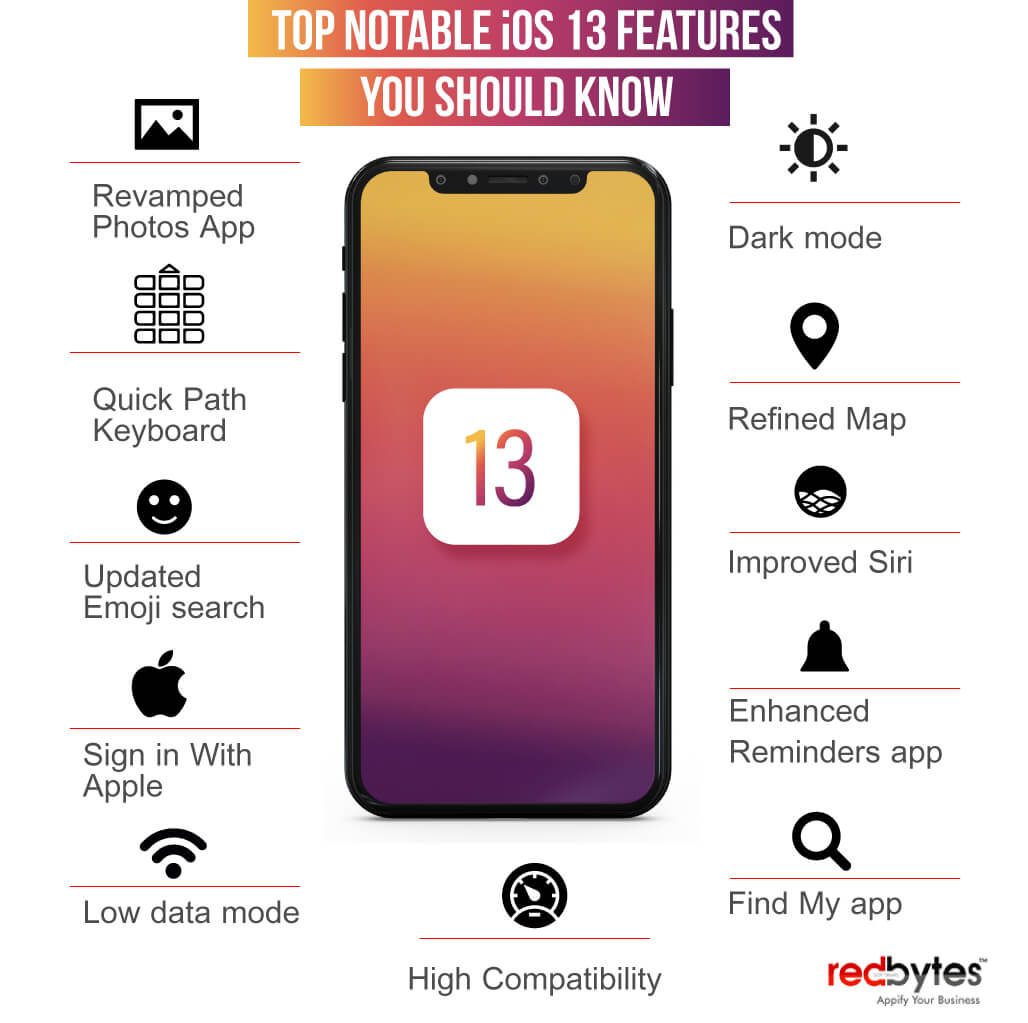 This incredible never-seen-before feature lets you share your device with others safely without any data usage concerns. The new iOS 13 gives you the ability to create multiple accounts on a single device so that every person who uses it can enjoy their usage space independently. 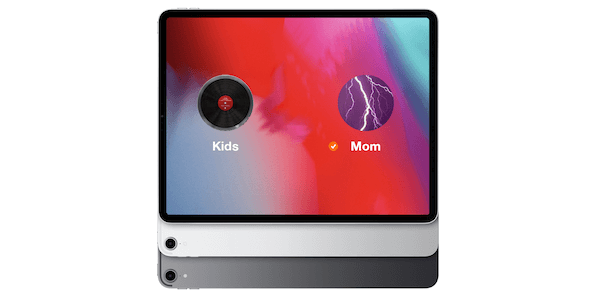 Dark Mode has effortlessly risen to be the most anticipated iOS feature and iOS 13 will have it as Bloomberg confirms. This feature was announced at Apple’s WWDC event and will be launched for iPhone and iPad devices. 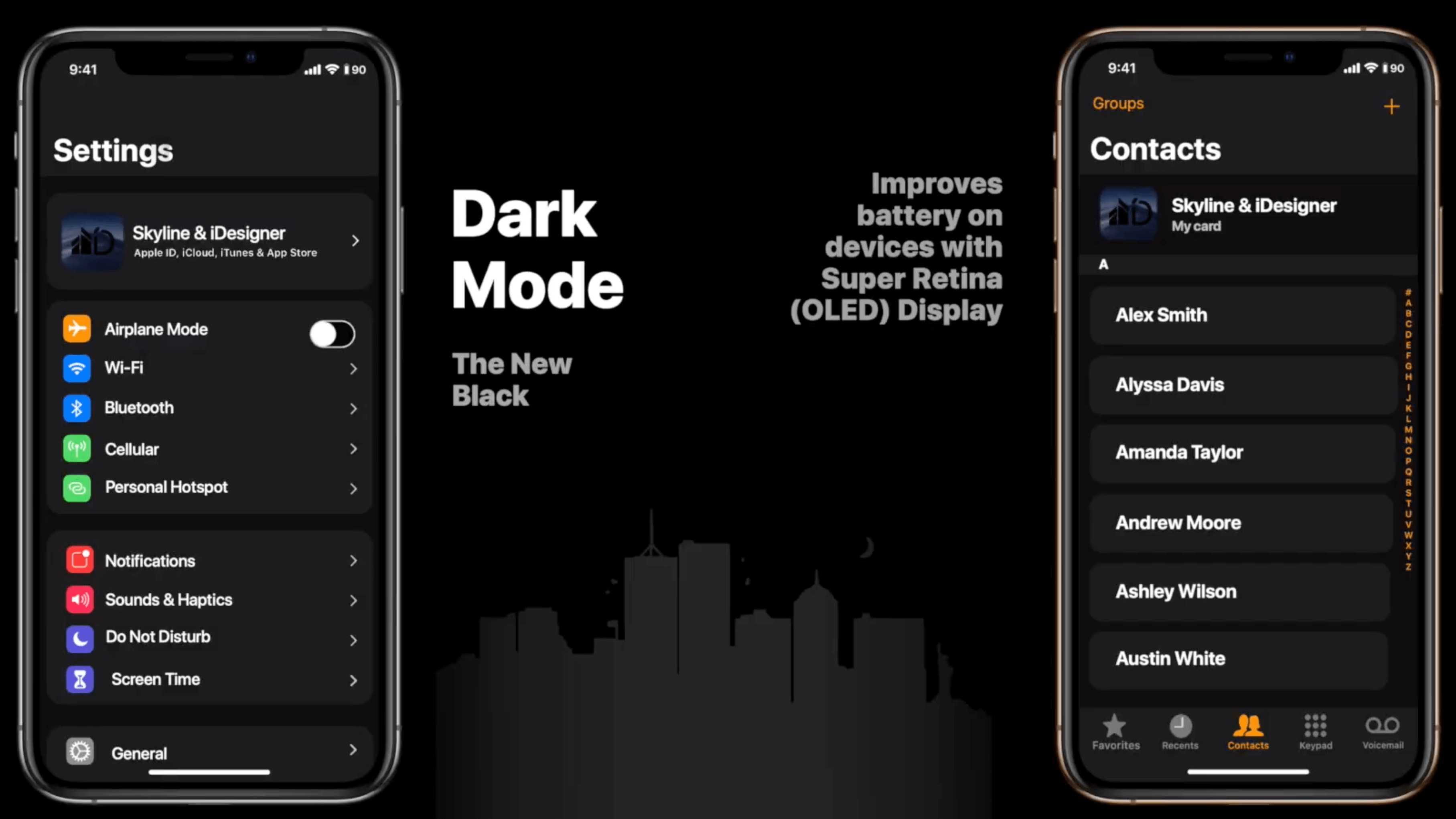 Apple’s Siri has received a revamp in its look and some cool shortcuts. Now iOS 13 will have users managing the incoming calls in more personalized fashion. 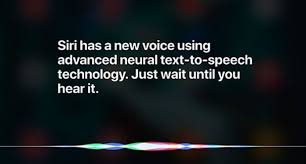 As a user declines a call, Siri automatically sends a personalized message to the caller explaining the reason for doing so.

Smart WiFi in iOS 13 got really smart with ability to turn on and off existing Wi-Fi connections based on current location and switch to stronger connections.

The feature is smart enough to remember the details of detected networks and activate them, and also to optimize battery life by turning off network as you leave the area.

Apple’s innovation-first attitude is visible in iOS 13 as they launch the new improved Contact app with unparalleled feature of Contacts Availability. 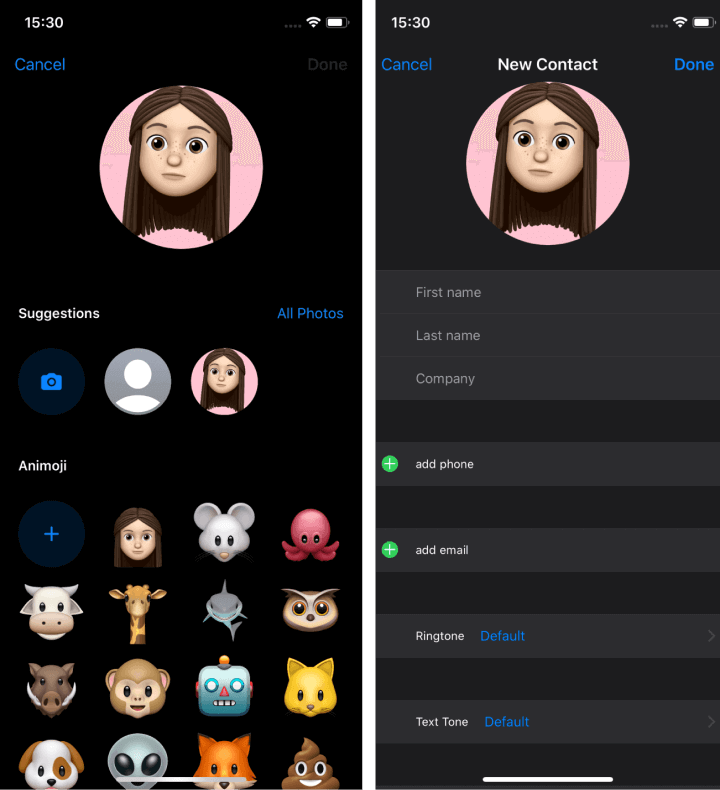 They have initiated to patent the feature that offers users the option to check the availability status of their contacts which precisely includes their location, operating status of iPhone device and whether they are available for communication.

iOS users who were dissatisfied with Emojis so far will be happy to know that they can now search and find the emoji they are looking for.

Apple has resolved the previous issue with finding the right emoji and has launched a smart emoji search functionality in the latest iOS 13.

Though it did not receive much freshness, iOS 13 users will still be able to avail new metrics about how loud they should listen to the music and menstrual cycle tracking for women. 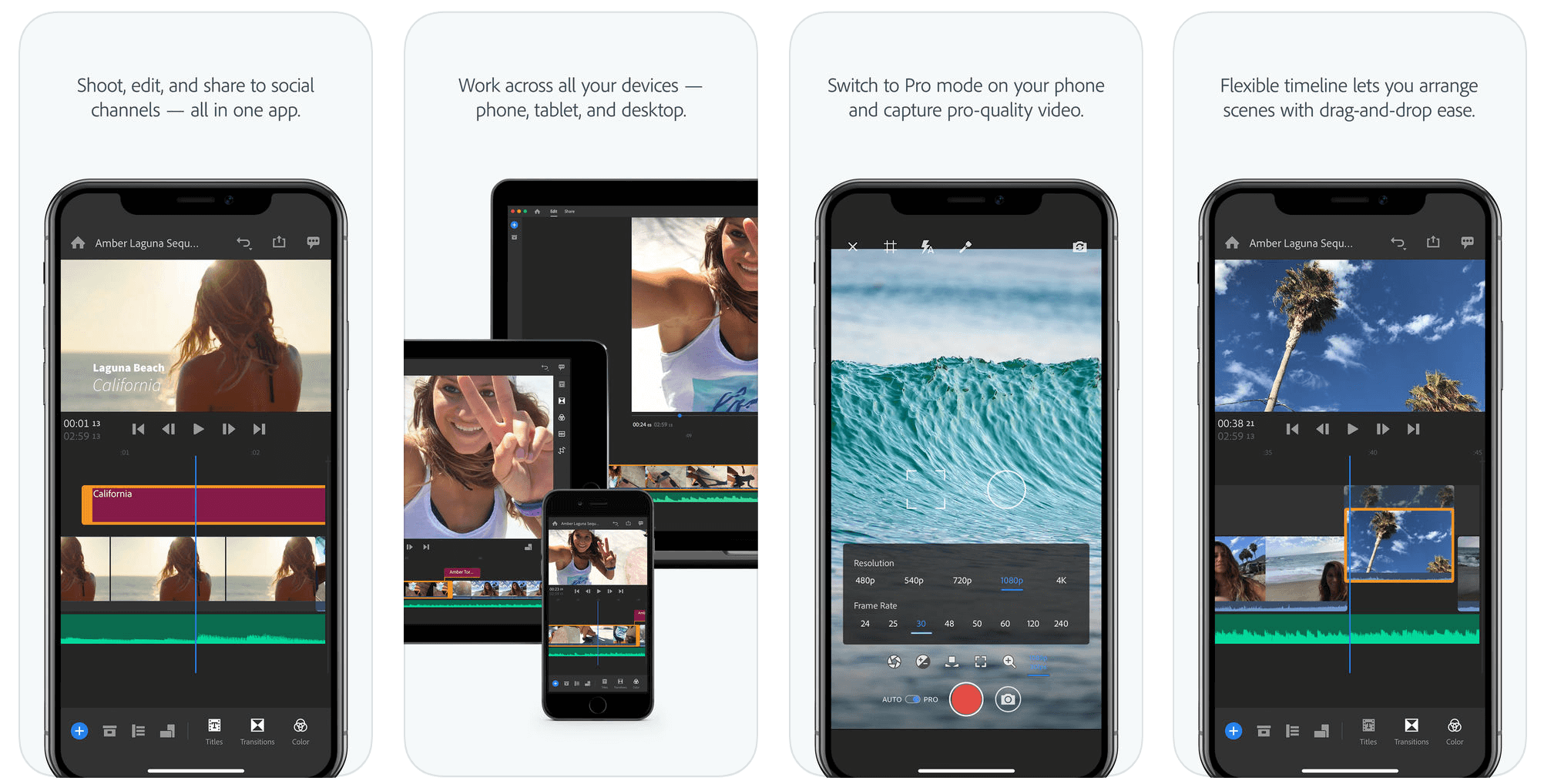 Its advanced photo editing tool now shows important past events by eliminating clutter and similar photos. Also, it allows users to easily review and adjust everything in a single attempt.

They can change the applied effects to edit and create the perfect look, giving professional creators more control over images. With Auto play videos, users can easily browse and rediscover their favorite memories.

Apple Maps is already popular among millions of people across the world who want to navigate and explore the world without privacy concerns in just a few clicks.

With all-new iOS 13, Apple delivers a unique map experience in a base-map built from scratch that allows users to experience broader road and land coverage, precise address and pedestrian data.

For now, it is available in a few cities and states in US and will be fully available across the globe as the year progresses.

The impact of iOS 13 features on iOS app development

But with iOS 13, the new Core Machine Learning 2 has opened many opportunities for developers as it has improved capability and is expected to process 30% faster.

It also lets developers leverage the quantization method to reduce the size of trained ML models by 75%.

2) The power of AI with SiriKit

Apple’s sensational AI-based Siri gets better in iOS 13 and now allows developers to use incredible upgraded SiriKit which is packed with lots of benefits. 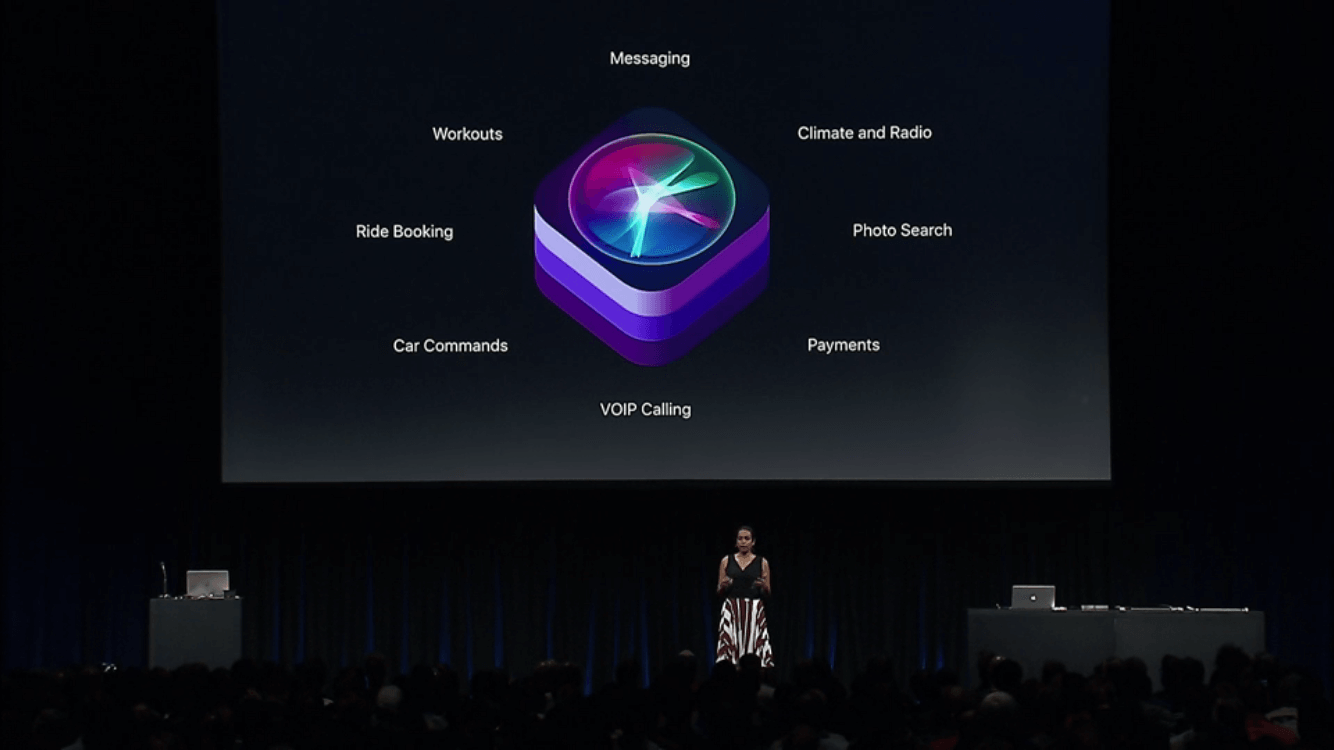 It contains capability for lock screen, hands-free counting, photo search, visual codes, payment and VoIP calling, etc. In iOS 13, the SiriKit puts the app in the shortcut section so that users can comfortably use the features using Siri.

Swift 5, when released some time ago, was already considered as a huge milestone for language evolution as it promised novel capabilities that may contribute to future versions.

It helps get access to memory such as certain data types at the time of runtime. The API which is the most innovative features of Swift 5 is quite stable and capable of creating comparatively smaller modifications.

With integration of iOS 13, the Swift 5 would be compatible with Linux OS. Moreover, due to its easy-to-learn model, Swift 5 is going to fuel the popularity of trending Swift.

Ever since it was launched in 2014, Apple Pay has grown in its total number transactions per year and is expected to reach 200% growth in transaction by 2019.

As the transactional security increases, the iOS app developers will be able to integrate Apple Pay into their iOS13 apps with much more ease.

Apple has already strengthened the iOS platform and apps security and is still aiming to improve it even further with iOS 13.

Also, every app will have a single channel for interaction with other users. Swift app Development features will also get updated to tighten the security.

With simple dashboard, cloud-based apps make data accessibility and monitoring easy – which is why cloud integration will be in demand for iOS app development.

iOS 13 is going to touch WatchOS app development market, too, in 2019 with new expected updates such as custom controls, Siri shortcuts and background audio app. 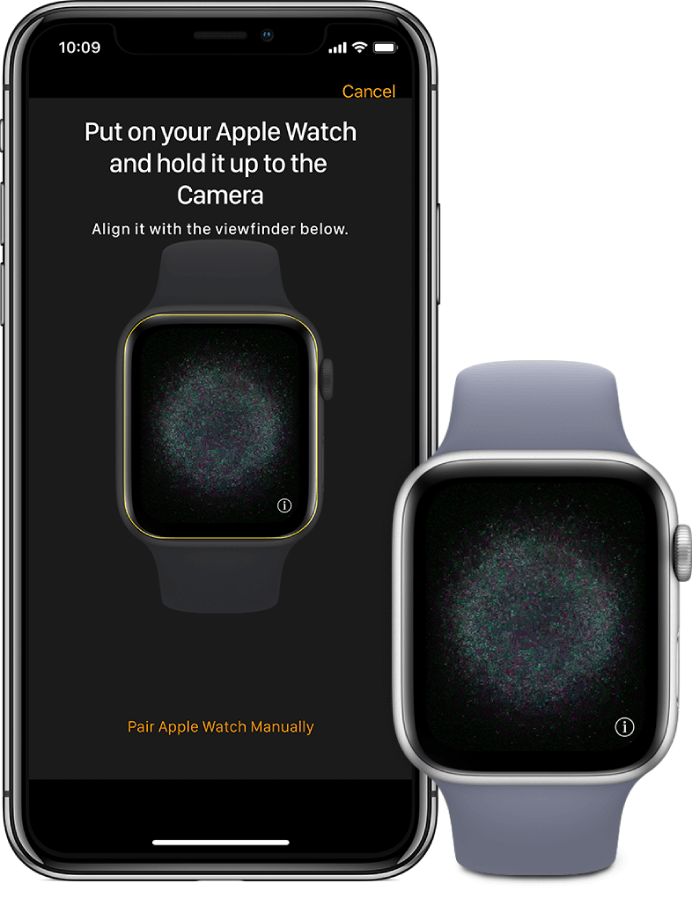 Apple Watch is a bestselling product in the smartwatch market with millions of units already sold in first quarter. Its popularity presents a great opportunity for businesses to boost revenues by building apps on the latest WatchOS 5.

The current buzz in the iPhone market suggests that iOS 13 is likely to encourage more advanced mobile app development and be a preferred platform for enterprises in 2019.

It is expected to introduce a more enhanced CRM functionality, better user experience and sound data security. Enterprise-grade apps on iOS 13 will thus be more secure and stable and increase operational efficiency for business users.

Apple’s iOS 13 release has excited millions of iPhone users and iOS app developers who are willing to explore this newly launched OS version.

With iOS 13 offering enormous capabilities and potential to elevate user experience, it will be great to build an enterprise-level business app from scratch and acquire more users.

If you already have an existing app that you wish to upgrade for iOS platform, we are a leading iPhone app development company with a resourceful iOS development team who will be able to help you.

Had you come across any query regarding iOS app development, outsourcing cost and engagement model, feel free to consult with us using Contact Us information on our Website.