Online multiplayer games which are real time are a great time pass and obsession for this generation.

Those who love technology and have a thing for smartphone and digital tech have been evolving and increasing day by day.

Since then, the mobile game and online gaming technology has evolved over the period of time focusing on user experience.

The game developers have also been increasing in present days inculcating several exciting elements and features to attract the gamers.

In this present era, there are several multiplayer online games which has attracted gamers.

This game is very popular among the younger generations and kids. It is developed by Mojang which is sandbox video game where players can use cubes to create constructions in a 3D setting.

VainGlory is developed by Super Evil Megacorp which is known to deliver best user experience for multiplayer gaming experience among the mobile users. The game features for both iOS and Android devices.

Spaceteam is well known multiplayer game developed by American Studio for iOS and Android. The game has spaceship which takes its players to rescue from disasters and save it. 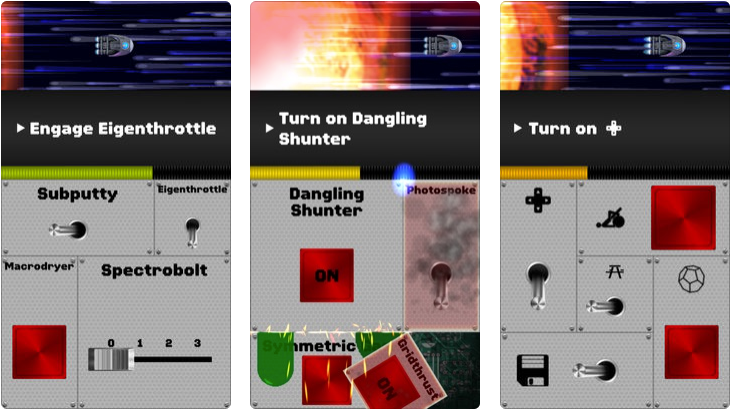 This multiplayer game is developed by War gaming group and is known to offer best online war experience. Since its release in 2012, it has growingly becoming popular among 110 million players worldwide.

It is appealing game which attracts users with its best user interface and memorable experience in which it succeeds to provide to its gamers.

Arcane Legend is prominent multiplayer game developed by SpaceTime studios. It delivers online game for thrilling game experience designed mostly for young players. It has simple levelling system which manages to engage you within through creating certain class for the characters.

7) Hearthstone: The Heroes of Warcraft

Hearthstone is developed by Blizzard Entertainment. It is well known absorbing online card game for multiplayers where the users can participate through creating monsters to combat others.

Monster Hunger Freedom unite is enchanting and absorbing as it gives series of action rich video games with role playing. Originally it has been a playstation 2 game.

Magicka is well known action adventure video game which can be accessed through android devices. It is stimulating in nature which absorbs us within the amazing interface it provides.

Modern Combat 5 is better known as Call of Duty of Mobile among the game enthusiasts. It is developed by gameloft and is loaded with interesting content which makes us addictive.

Among the several real time and online multiplayer games, the above ten are known as best loved among the present day’s game lovers and enthusiasts.

They are quite different in nature and themes, and are engaging and absorbing within the game.

Most of them offer customizable content which is well demanded by most of the players. They provide best user interface and graphics and hence leave us with unforgettable memories and gaming experience.

All you need in them is install the game and start gaming which will make you cling in the fantasy world right away.

The right way to get into the right games is to tackle the same problem that is been happening within a person and you need to tackle all the ways that had to be in a way that you can shower the entire thoughts to the person that has given the same light the way it had to be.