The number of businesses incorporating mobile applications in their brand marketing strategies are burgeoning, and rightfully so. The switch from desktop to mobile platform is attributed to the fact that the digital space is flooded with the ocean of users and so mobile apps are where the enterprises can seek maximum opportunities to engage with their target audience.

However, much of mobile app success relies on the development framework you choose. Hence, it ultimately comes down to what would be the right framework for the mobile platform.

Last few years saw the rise of many mobile app development technologies for both Android iOS platforms, most of which offer cross-platform advantages.

In a way, these mighty frameworks have played a pivotal role for biggest mobile app breakthroughs.

Presented here are those prolific top 11 mobile app development frameworks that developers may choose in 2021. 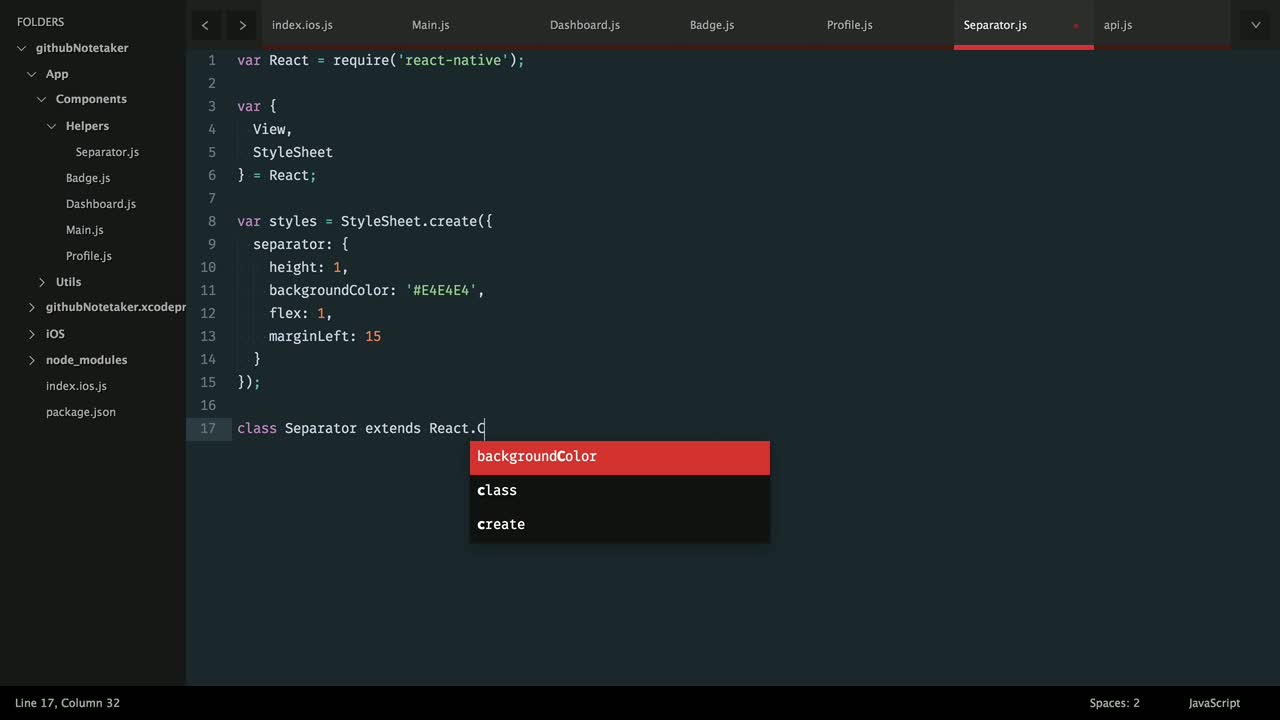 React Native is a most sought-after cross-platform technology launched by Facebook in 2013 and is still one of the ideal choices for mobile app developers even in 2021.

It is open-source framework based on React, a JavaScript library for web solutions. React Native targets and offers generous support to mobile app development platforms and their IDEs.

The JavaScript framework helps create native apps for Android and iOS. As many React Native APIs are cross-platform, developers can just write one component that will work on both iOS and Android seamlessly.

As Facebook suggests, their Ad Manager works on both platforms with 87% of reusable code with its flashcard app running without any platform-specific code. 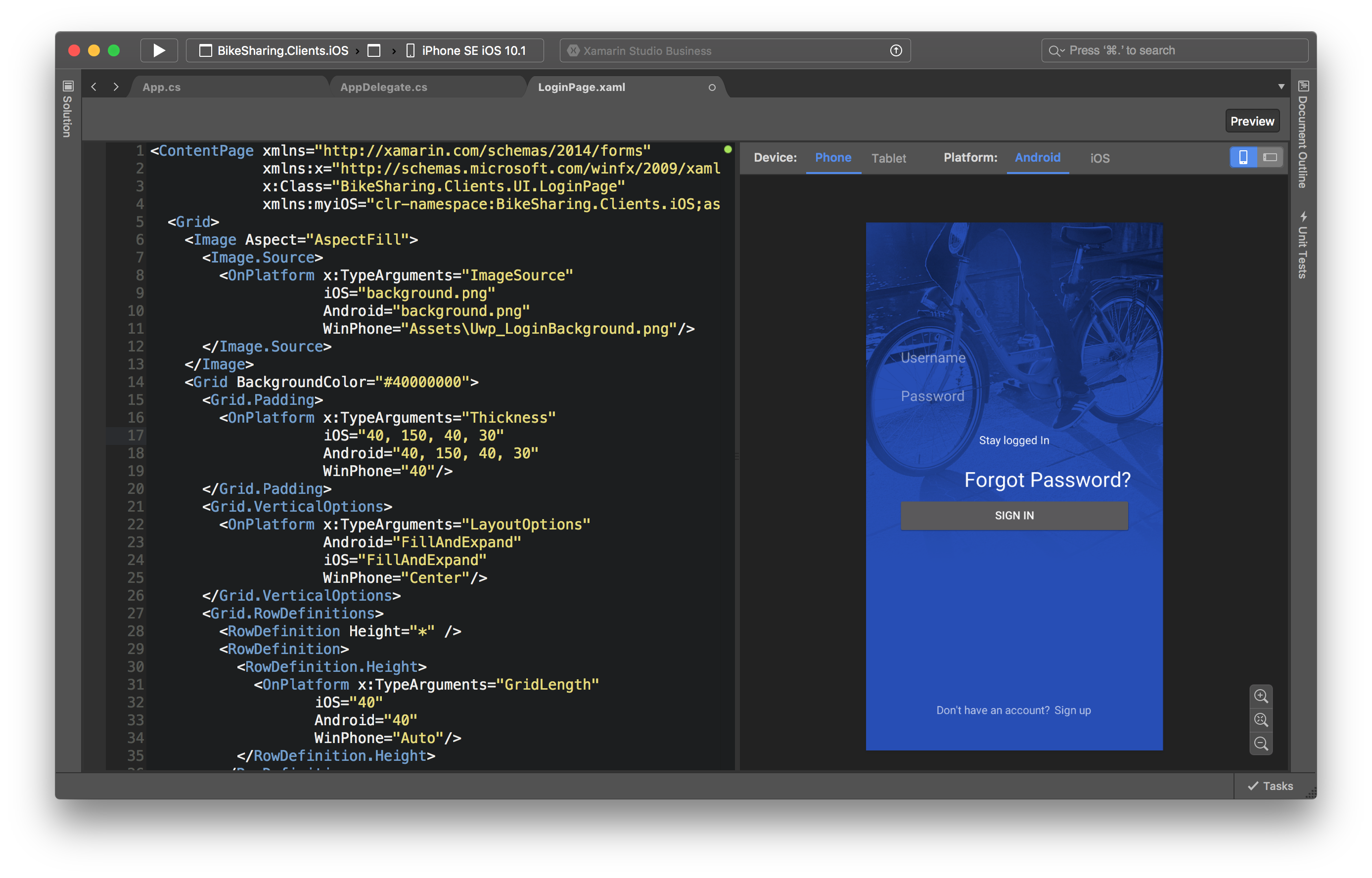 Xamarin is from the great software giant Microsoft and requires developers to understand C# for writing applications for Android, iOS and Windows.

The Xamarin codes are shareable across different platforms. It is because of this very code sharing that developers can save a lot of time in the app development process.

Microsoft’s cloud testing service also makes it possible to test apps built with Xamarin on hundreds of devices. Xamarin developers can make the best out of its interface development tool and Xamarin university program also provides online classes to enhance developers’ learning. IBM and Xoriant have also made partnership contracts with Xamarin. 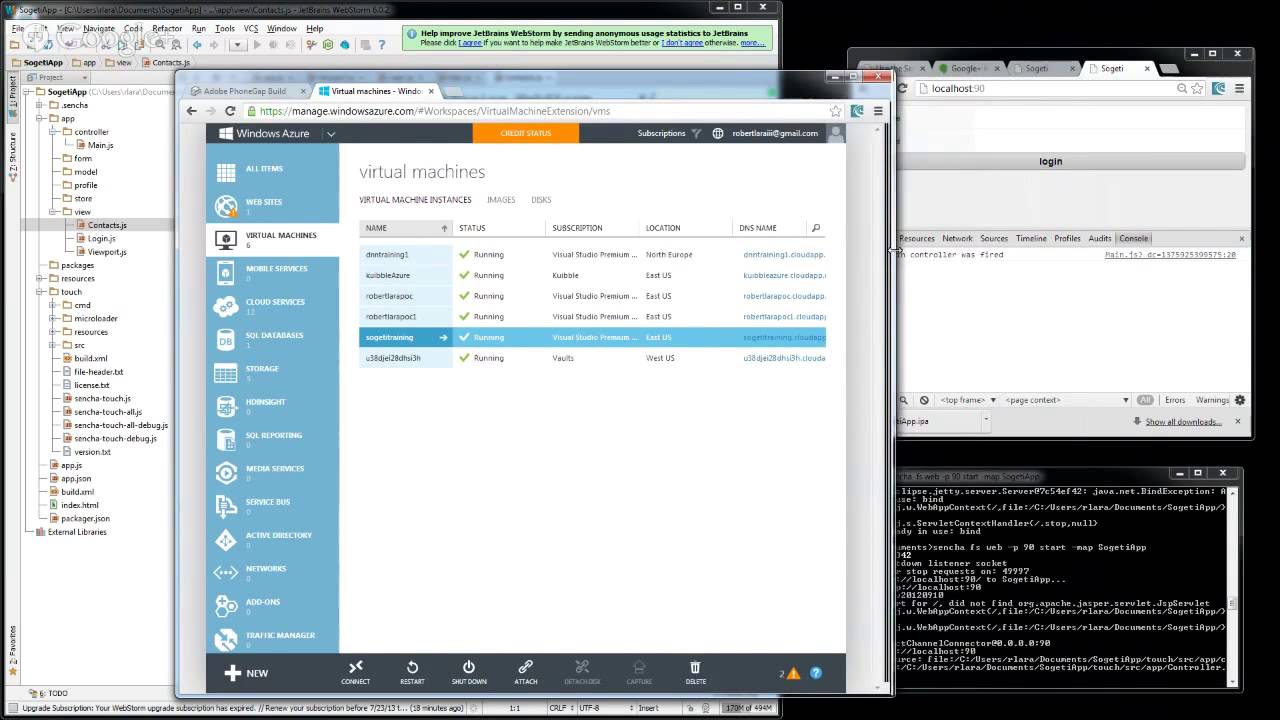 PhoneGap is another hugely popular and old mobile app development framework that supports cross-platform development. It lets you see any change that takes place during the process quite effortlessly.

Developers can, and do, capitalize massively on PhoneGap as a capable cross-platform app development framework to build application in JavaScript, HML5 and CSS. For writing hybrid apps, PhoneGap is definitely what you should fancy.

It is competitive, fast and offers incomparable performance. Above all, developers feel free to shape apps without facing any hardware-specific limitations.

In addition to Android and iOS, the framework also helps develop apps for several other Operating Systems. Its generous library of plugin components increases your ability to craft superior functionality for mobile apps. 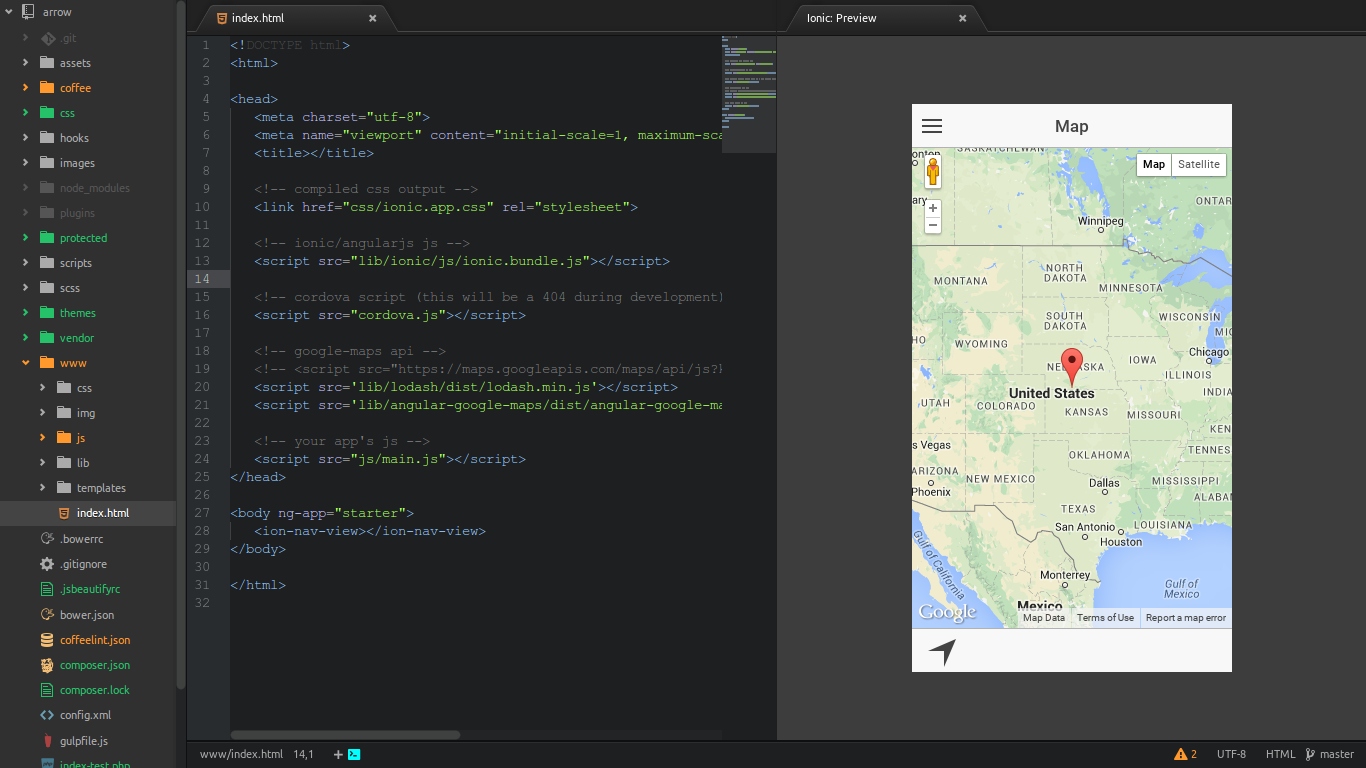 Interestingly Open-source and widely used, Ionic is now considered as a remarkable and modern framework for building hybrid mobile apps. The tool is free and mostly works as a client-side framework for developing native apps using JavaScript, HTML and CSS3.

Ionic is especially regarded as the best resource while developing the Progressive Web Apps and it is quite functional and compatible with other powerful SDKs like PhoneGap, Angular and Cordova. Its HTML5 part helps build hybrid apps.

Technically looking, the framework utilizes the 2D rendering engine known as Skia to form the visuals that in a way looks like Material Design and Cupertino style.

Flutter is also equally seen as providing easy ground to test mobile app project. The hidden perk is that developers don’t need to start everything from scratch upon discovering a mistake. 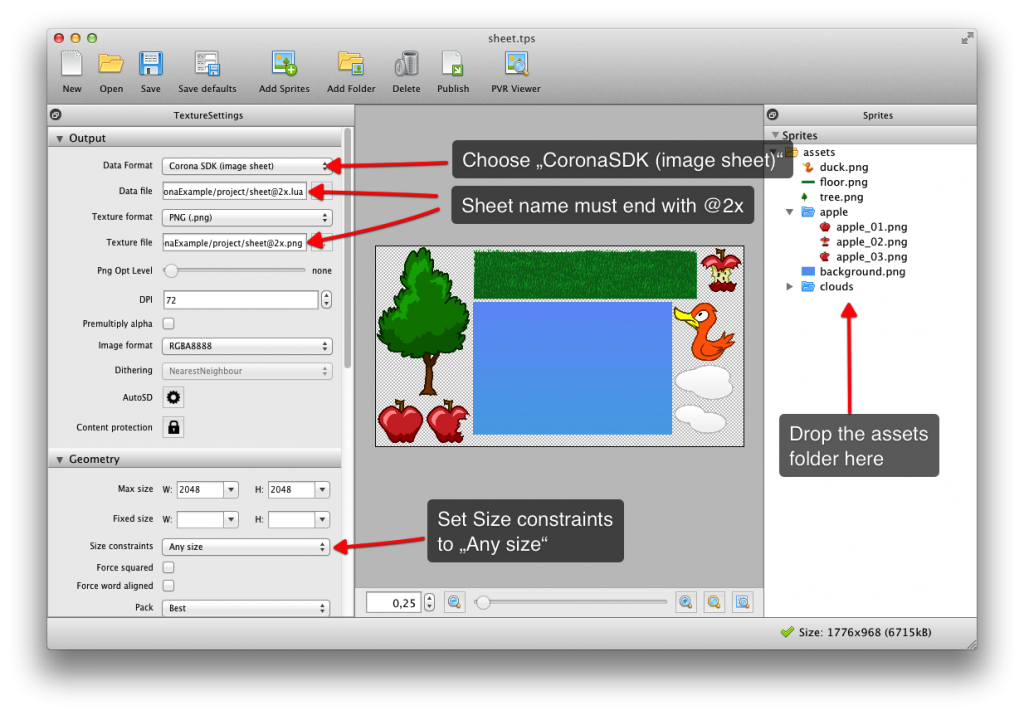 The framework is free and is a perfect choice for those who wish to write code speedily without spoiling the app quality. It also supports Windows and Mac OS, making for a reliable cross-platform mobile app development tool. Due to being optimized for 2D gaming graphics, one can develop mobile games 10 times faster. 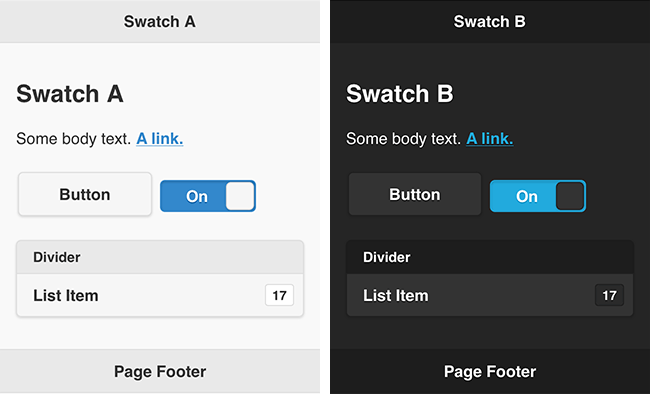 JQuery Mobile is another cross-platform framework based on HTML5 language. What makes it unique is its ability to run across myriad devices with a single code.

JQuery also stands out among other contemporary frameworks for the fact that it can also be used to build both mobile apps and websites. It also supports extensively almost all operating systems such as Mac OS, Windows, Firefox, Blackberry and Kindle.

Once can download its version as a customized framework or more stable version. Mainly due to the fast development process and plenty of plugins to support mobile app development, jQuery becomes a substantial choice for developers. 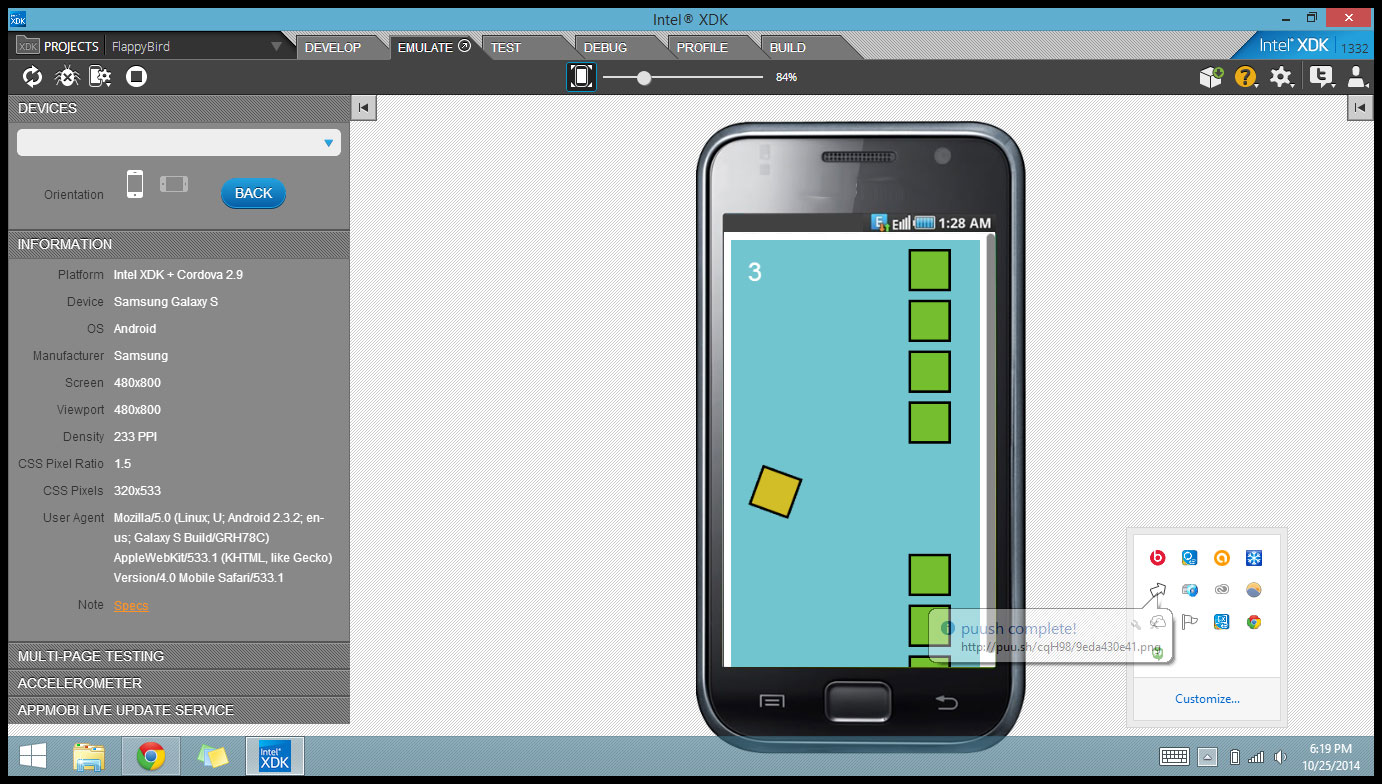 Intel XDX is a cross-platform development framework that offers great plugins for building brilliant, engaging and highly interactive mobile apps across all devices.

Like certain other tools, this one, too, does more than development and makes the job of testing, debugging and emulating quite easier. The unique aspect of Intel XDX framework is that it also supports prominent framework Node.js and the futuristic technologies such as IoT.

With Intel, it is also possible to see the preview of your project post making any changes. The exciting part is that developers also get to drag and drop to save time on unwanted codes while building apps. Unity 3D surpasses and outflanks a few mobile app development frameworks in this list by being more potent and capable. This tool exceeds typical translation and develops code in UnityScript, C# or Boo.

It then allows you to export your games to 17 other platforms that essentially include iOS, Android, Web, Xbox, Windows, Playstation and Linux. Unity goes beyond the usual by assisting you in distributing apps to relevant online app stores after you get your game on all your platforms.

You can even expect help from Unity in getting social shares and tracking user analytics. All you need is the knowledge of Angular JS and Twitter Bootstrap to transform the existing web application into a functional mobile app.

Angular UI contains certain essential mobile UI components named as Navbars, overlays, sidebars, switches and scroll-worthy areas. To make the app responsive and touch-sensitive, you can add a CSS file to the framework. Xojo is included in the list for offering simplicity and ease to create cross-platform apps. It works exceptionally well for mobile platforms like Android and iOS as well as desktop systems such as Windows, Linux, Raspberry Pi and OS X.

To minimize the exertion on the development part, Xojo tool empowers developers to create a single code base and turns developed apps into native executables to run on the respective target platform.

Xojo has powerful backend and injects new apps with controls that are familiar to the target platform, which results in gaining the exact look and feel of the native apps.

Any feature-rich business mobile app demands powerful framework that drives sheer performance and agility. Since every app project contains unique challenges and requirements, the choice of a suitable framework involves deep brainstorming and clear consultation with IT experts.

We might see even more advanced frameworks in the future. However, at present, these top 11 mobile app development frameworks seem to dominate the mobile app technology market in 2020.